How One High School Reduced Head-Impacts by 29% 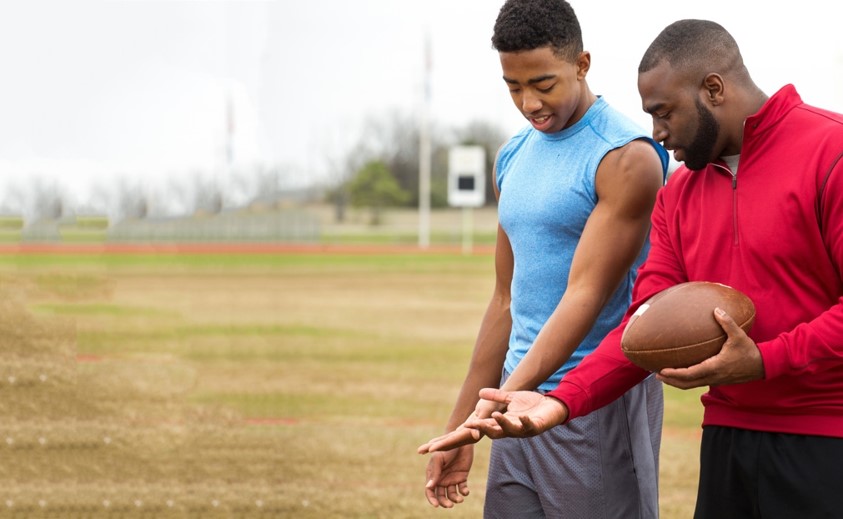 The Mount Si Football program identified a need for the 2018 season that more was required to reduce head-impact exposure for their student-athletes.  The Team Coaches and Athletic Trainer felt if they had better visibility to exposure levels of head-impacts, they would be able to quickly adjust technique for their athletes to improve their performance and safety.  Like many High School Football programs, Mount Si High School Football Coaches teach a heads-up form of tackling to make sure athletes are removing their head from contact.  However, there remains a gap between what the Coaches teach, and how the athletes perform on the field during games and practices.

Partnering with Athlete Intelligence, Mount Si Football was able to use impact data to identify which athletes we’re at the greatest risk of injury due to improper technique and therefore taking more impacts compared to their teammates.  Each day and week, the Coaching staff received automated Head-Impact Reports from Athlete Intelligence which brought visibility to Team and athlete specific exposure levels.  The Athlete Intelligence reports highlighted key metrics like, Crown of head Impacts, Impact Counts, and Impact Severity.  When looking at Week over Week reports, The Mount Si Football Coaches we’re able to see trends over time and how their athletes we’re improving, or who needed additional help with technique.

“When we first saw the reports, it was easy to identify which athletes weren’t keeping their heads up, so the Coaches knew who they had to work closer with.”  The reports are the best because even if we don’t have someone monitoring the sideline, I can still rely on the data to tell me what happened.  Katelyn Hansen, Head Athletic Trainer, Mount Si High School.

Using the information accessible from Athlete Intelligence’s automated reports, when the Coaches received their first report breakdown at the end of Week 1 in practice, they noticed the top 5 athletes taking the most amount of Crown of Head Impacts were their freshman linemen.  Through that week of practice,  the Coaches worked specifically with those linemen on particular drills to get their head and hands up quickly, thus removing the crown of head from contact. When the Coaches received their next weekly report, they saw a 29% reduction of crown of head impacts for their linemen, thus having the validation that their athletes we’re using the technique being taught.

The data from Athlete Intelligence brought awareness to key performance indicators on how Coaches and Athletic Trainers can use practice data to identify new training opportunities within their team and position groups.  The reports provided the staff with validation that what was being taught by the coaches, was now being used by the athletes.  Being able to have impact data on every athlete created a new foundation to monitor and manage each athlete’s exposure, as well as use the key indicators on where Coaching staff can help athletes perform better, while performing more safe.

To help pay for the system, Mount Si High School Qualified for the Insurance Subsidy Program which provided a direct discount to the Athlete Intelligence system provided by their Insurance and Risk Management provider.

Mt. Si football finished the 2018 season with a 10-2 record is and currently ranked 6th in the state of Washington 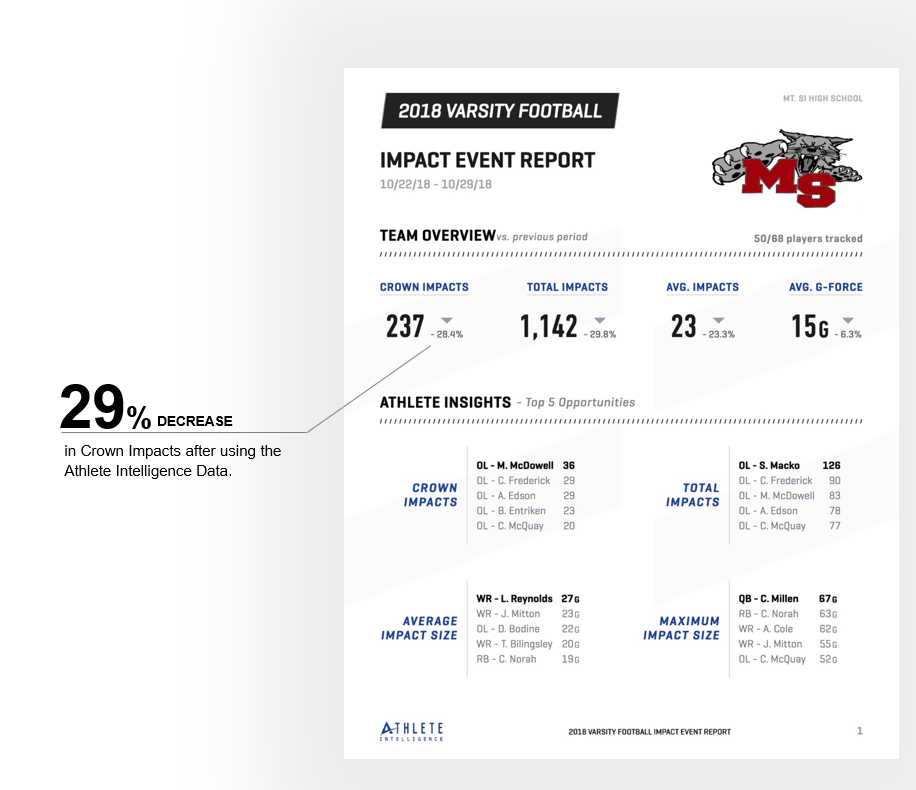